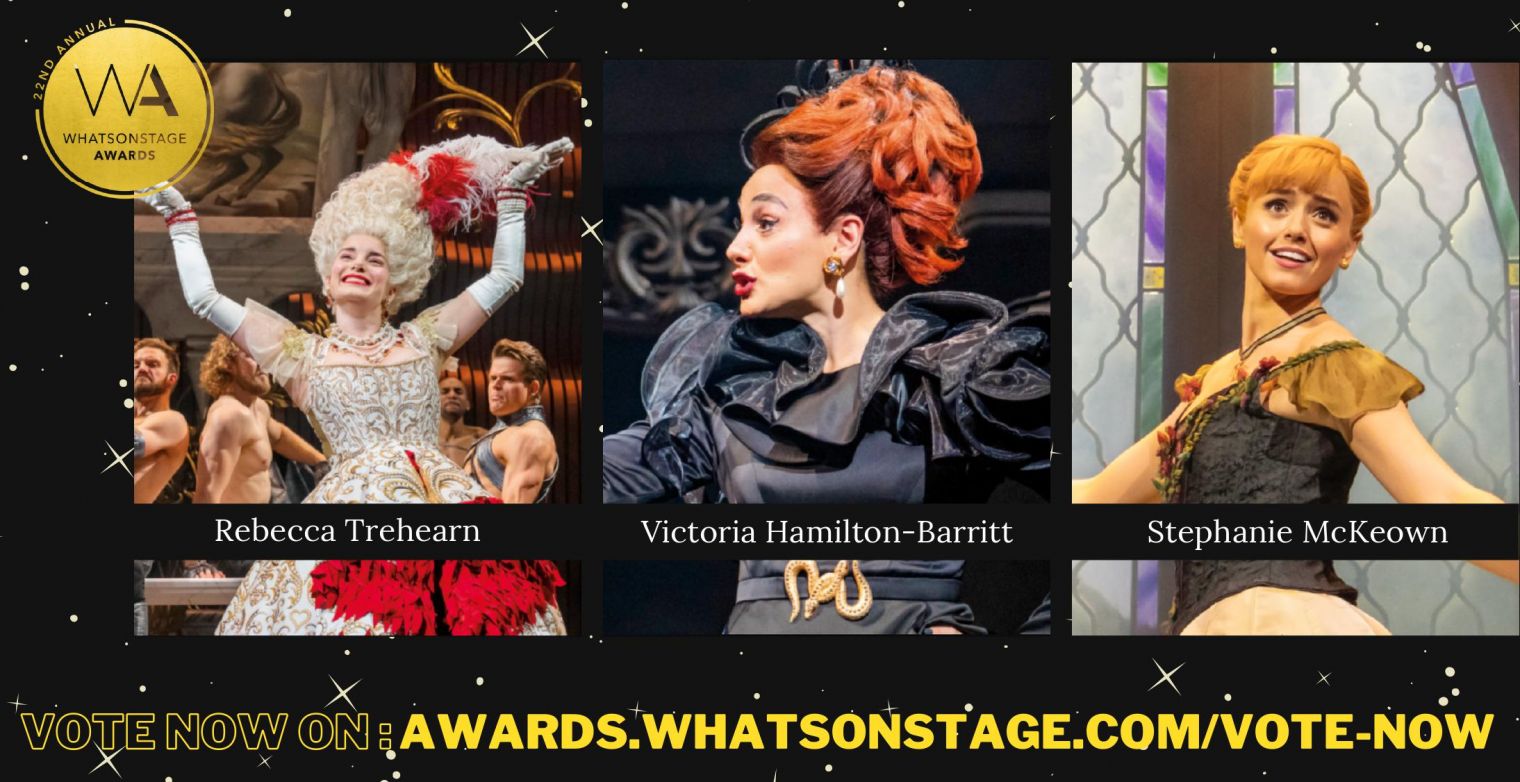 We're so delighted for our wonderful artists who have been nominated in the theatregoers choice WhatsOnStage Awards!

Rebecca Trehearn and Victoria Hamilton-Barritt were nominated for their portrayal as The Queen and The Stepmother respectively in Andrew Lloyd-Weber's Cinderella at the Gillian Lynne Theatre ; and the wonderful Stephanie McKeon was nominated for her starring role as Anna in Disney’s Frozen on the West End.